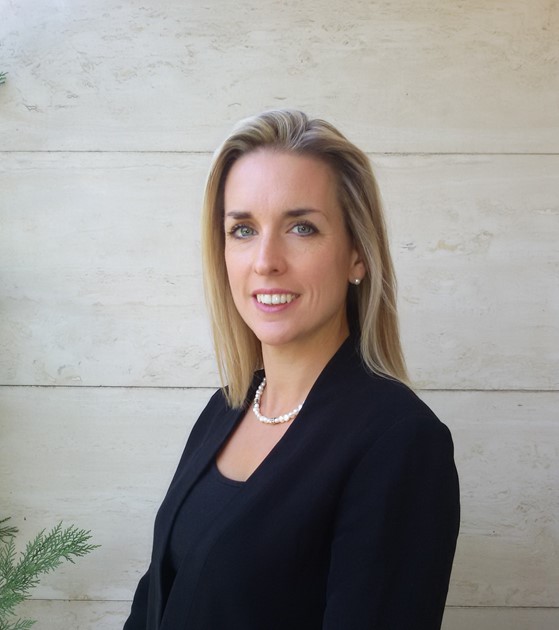 One thing that we are really proud of at Property Personnel is the number of success stories we have had. Over the course of almost thirty years we have placed people in all types of roles where we have then seen them go on to enjoy great success. One such person is Katy Jones. Back in 2003, we placed Katy in her very first job and then we then worked with her as she developed her career before helping her to recruit staff when she started up her very own agency. Now, Katy is sharing her estate agency knowledge and has released a book called ‘How to have a Brilliant Career in Estate Agency.’ We caught up with Katy to find out more:

Property Personnel placed you in your first job in property, what was it?

Katy: My first job was as a junior negotiator with James Anderson in SW London. I received a huge amount of support from my personal recruiter at Property Personnel who took the time to explain a lot about the industry and to identify agencies where I had a good chance of getting a job and doing well.

What attracted you to the property industry?

After leaving university I worked in IT recruitment for a while, but I had always loved property and interior design and realised that estate agency could be a good way to indulge my interests whilst earning a decent salary. It also required no further training, unlike architecture or surveying.

I was introduced to Property Personnel by a colleague at my recruitment job who was also looking to change jobs and was already interviewing with Property Personnel. I sent in my CV and was invited to meet one the recruiters for a face to face interview. That initial introduction greatly accelerated the process of finding a job.

How did your career develop from that point on?

After being put forward for an interview with James Anderson I received a job offer for a sales negotiator position and accepted it. I spent five years with them in a variety of roles before moving to Townends, a bigger agency in SW London. There I worked as a Client Manager and ran a team of negotiators as well as taking care of vendor clients. After two years at Townends I wanted to progress but there were no immediate options to become a Branch Manager so I moved to a Commercial agency in West London where I let shops and offices and worked on land sales. I was made redundant at the start of 2008 and went on to set up my own agency. This was initially a new homes lettings agency but later expanded to include sales as well. I sold the agency in 2014 to a larger estate agency chain.

What has helped you the most in your career?

The training that I received in my first few jobs at James Anderson and at Townends has been the most important factor in my success. Whether it was on the job training or one to one sessions with directors the quality of the training and direction that I received made a huge difference to my earning potential and the level of service that I was able to offer clients. If I had started my career working in a poorly run office without strong guidance from my employers, I would probably not have stayed in the industry. The long term relationship that I had with Property Personnel has also made a huge difference. Many times during my career I sought guidance from my recruiter, we talked through job offers that came along, he suggested opportunities to move on, and I never felt pressured or hassled too take a job or go for an interview I that I wasn’t keen on. It was like having a well-connected friend by your side throughout your career. If they couldn’t find you a better job, they would tell you to stick with what you had. And let’s face it we all get Monday blues from time to time and need a bit of a reality check. Property Personnel delivered that for me, they were a personal career coach that kept me on track and gave me the encouragement to move on when the time was right.

What advice would you give to anyone looking for a career in property right now?

Educate yourself about the industry before starting your job search. Find out about the types of roles are available in estate agency, what they can offer you and what skills are required. There is no point showing up to an interview clueless about what the job entails. I interviewed applicants for negotiator jobs who showed up telling me that they liked the idea of a job in the property management industry…which is an entirely different role. They had not taken the time to find out what the job description jargon meant, or what the role was about. Showing up unprepared is not going to get you anywhere.

Secondly, we all know that CV writing is a bore, no-one enjoys the process. But you really need to invest time and energy honing your CV to make yourself stand out as professional and employable. Make the front page really count, set out your experience in clear headings, summarise what you can offer and make it easy to skim-read. An employer faced with a pile of CV’s will give each one 15 second skim over and select the best 2 or 3 to look at in more detail.

If you could have changed one thing in your career what would that be?

I would have tried to be a bit more patient and realistic in my career aspirations. At 27 I was convinced that I was ready to become a Branch Manager and I was offended when promotions did not come my way. In reality I was not ready for the role, and I would have been better off staying in my well-paid senior neg role whilst I further developed my managerial skills. The arrogance of youth did not pay off! Instead I jumped ship and a year later I was jobless. It all worked out in the end, but developing patience and loyalty would have been a better idea.

What are you up to now?

I have just published a career guide designed to help anyone thinking about becoming an estate agent. ‘How to have a Brilliant Career in Estate Agency’. It’s available to buy on Amazon. I have really enjoyed and profited from my property career and I want to share that enthusiasm with newcomers to the industry.