Few people like interviews. No matter how well we prepare or how much useful guidance we receive, they still rank highly among the most stressful of human experiences. Some you will learn from; others are readily forgotten, but ultimately, most interviews are fairly uneventful: you either get the job or you don’t.

Aaaaaaand…then there are the ones which stay with you forever, causing you to turn crimson with shame, embarrassment or just sheer awfulness. For all those of you who have had an interview that didn’t go so well, we thought we’d share a few truly cringe-worthy stories from recruiters, interviewers and candidates – interviews that are memorable for all the wrong reasons. If you need any tips on what NOT to do, then read on.

He thought he deserved the world

“I once had a candidate come meet me for a marketing position I was representing. He was a graduate, and for some reason he thought he deserved the world.

“A direct quote: ‘Well as you probably have already seen on my CV, I have a marketing degree, so in terms of the position available, although it is advertised for £18,500 I wouldn’t take anything less than £25,000 and I want you to explain that to the client. Also, I’d advise him to change it to a marketing manager position to attract a higher calibre of candidates.’

“I couldn’t decide whether it was worth losing my job telling this guy to [get lost]. Nevertheless, I bit my tongue. Safe to say I didn’t put him forward.” – Anonymous Recruitment Consultant

“I broke the zip on my skirt but it meant that I couldn’t make it go up OR down, leaving me stuck with a skirt on that wasn’t fully closed. Thankfully, my jacket covered the zip at the back and I was able to safety pin it just in case.

“Just before my interview, I checked that the safety pin was still there but it had opened, broken and I pricked my thumb, so I had to come into the building hoping that my thumb would stop bleeding in time for me to shake the interviewer’s hand. I stood up to greet him and was half thinking: ‘Be nice and sound smart,’ and: ‘Please don’t let my skirt fall down!’ Anyway, I got the job and didn’t lose my skirt!” – Stacie Elliot, Content Promotion Specialist

There was a gust and the rest is history

“The interview for my last job took part in a small café opposite where the business offices were, and I walked across with the director and managing director. I was wearing a skirt and it was a windy day. A gust rolled in. The rest is history.

“What makes matters worse is the office opposite saw through the window and happened to mention it to the directors after I had left. Facepalmcringe.” – Emily Smith, Digital Marketing Specialist

I told a joke and it sank

“Interviewing for a role at a major cruise line, I was told that on some occasions it could get very busy and so you’d be expected to work extra to support other teams, etc. ‘It’s all hands on deck, then?’ I said, thinking I was so clever. The interviewers didn’t so much as titter. Needless to say, I didn’t get the job.” – Elizabeth Smythe, Content Writer 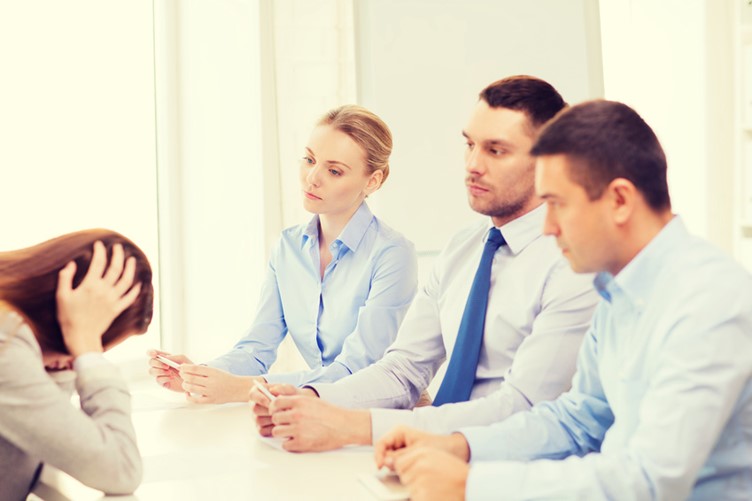 “I went for a job at a well-known rehabilitation facility for Blind Veterans just outside Brighton. Part of the interview involved being shown around the building, which is in a beautiful part of Sussex. Whilst being enthusiastic I commented to the staff member: ‘What a beautiful view the residents get here.’

“Whoops! I realised what I’d said and felt terrible. I didn’t get the job.” – Natalie Barclay, Travel Expert

He kept trying to stare down my top

“I had an interview for a Sunday job at a retailer which has since shut down. I wore a white shirt with a black tank top underneath and the guy kept trying to stare down/through my top the whole time. I was totally covered up – there was nothing to see! Often it felt like he wasn’t even looking me in the face!

“When I walked out of the interview, there was a much younger girl (in a very short dress) waiting for hers. I felt sorry for her! Surprise surprise, it was her that ended up getting the job.”
– Laura Varley, Content Strategist

The glass stuck to my face

“Waiting outside for my first ever civil servant interview, and quite nervous, I asked for a glass of water. Once the glass was empty I did that stupid thing where you suck the air out of the glass and lo and behold the moment I heard my name was the moment I realised it was, indeed, stuck to my face. I spent the next 30 seconds frantically pulling it off my face and to my relief, as I heard my name called out a second time, there was a ‘pop’ and the suction released from the glass.

“The interview went well but I did get a few funny looks throughout which I realised, upon looking in the mirror afterwards, was due to the bright red ring around my mouth and the Leslie Ash lips I was sporting.” – Aimee Robinson, UK Civil Service

She walked into a cupboard…and stayed there

“My mum’s story is better: she went for an interview at a prestigious law firm. All went well and she was confident she’d given her best and so shook the interviewers’ hands and exited the room. Only, she hadn’t exited the room, she had walked into a small utility cupboard. Instead of just popping back out and laughing it off my mum decided to stay in there!

“Quite clearly the three interviewers had watched her walk in there. It took a few minutes (probably as the interviewers expected her to emerge) until they opened the door and asked if she was okay. Instead of admitted her mistake at that point, she instead stuttered: ‘I was exploring my potential new company’ and then bolted out of the real exit. She got the job, too!” – Aimee Robinson’s mum 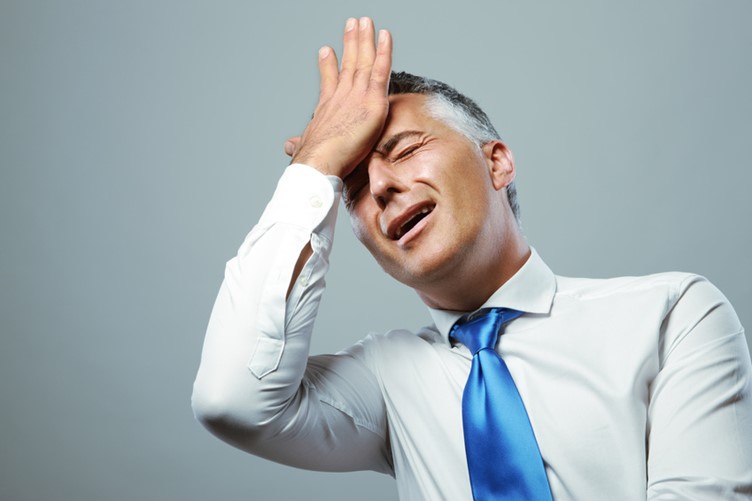 The candidate brought her mum

“I once had someone come to an interview with their mum – they brought her into the room. When I asked her questions she would give a short answer and then look at her mum and say: ‘What do you think, mum?’ She wasn’t successful.” – Marie-Claire Barker, Global CTO at MEC

I had to pretend to be a chicken 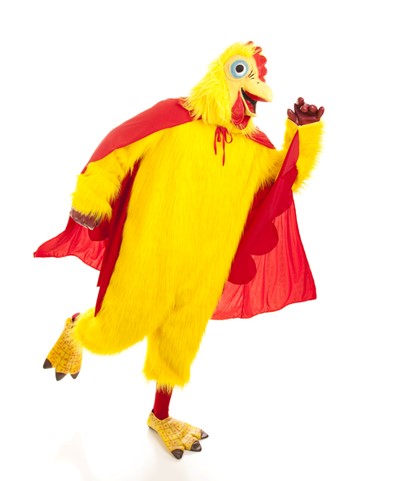 “The most embarrassing interview ever: basically, I was interviewing for a door to door sales job and they wanted confident, extrovert types.  Not sure how it happened really, but I had to sing the first verse of Hey Jude and also pretend to be a chicken.

“I got the job but didn’t turn up for it because of how embarrassed (and angry) I was afterwards.  It was a weird situation.  I needed a job and at the time would have done anything for one – hence my saying ‘yes’ to the singing and impressions.  But after I had thought about it a bit more it felt less good! The b*stards!” – Chris Pitt, Head of Marketing

“Oh, my Dad has a funny interview story too. He was the interviewer and when asked about hobbies, the interviewee said he liked ‘clubbing and glue sniffing’.  He didn’t get the job.”

“I have interviewed many people, but the stand out was a very awkward guy in his 20s. It wasn’t going well and I was winding it down, yet asked his best and worse qualities. His worst was that he got really, really angry sometimes for no reason. I called security.” – Martin Gebbett, Sales Expert

Some people are just jerks

“I interviewed for a position on a prestigious BBC show, where a well-known sports journalist was on the panel. This man had a reputation for being a tough, no nonsense, interviewer. The first question he asked was: ‘What’s the most important attribute you need to do this job well?’ I confidently answered: ‘Clear, concise communication skills,’ and as I was beginning to provide examples of my own, he cut me off with: ‘That’s not what I’m looking for, try again.’

“I tried to recover, offering different attributes, each being shut down immediately with: ‘That’s not what I want to hear, try again.’ This went on for several minutes – even the other interviewers began to look uncomfortable. Eventually I asked what he was looking for in an ideal candidate, and was told: ‘You’re not here to ask questions.’

“At this point, I gambled on this being some sort of test and shot back with: ‘Look, I can sit here all day providing you with positive-sounding buzzwords, but if you’d like us to actually get anywhere, I’d suggest we try a different approach.’

“It wasn’t a test, he was just a really abrupt person, who didn’t take kindly to my response. Unsurprisingly, I didn’t get the job. Moral of the story: some people are just jerks” – James Armstrong, owner of Cavemanstore.co.uk 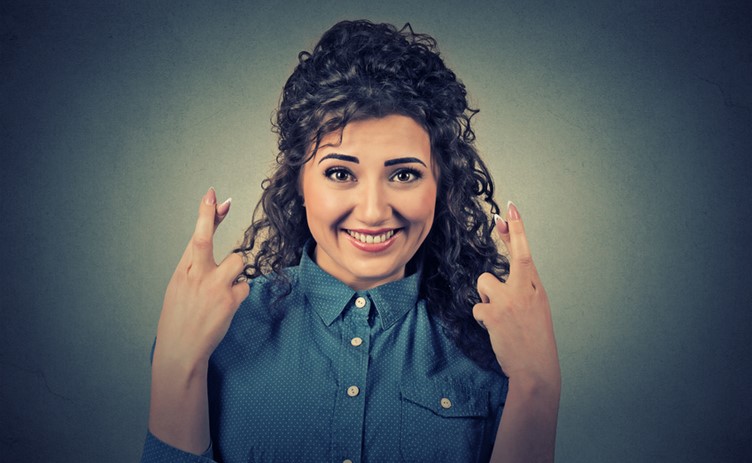 All right, we know the above are some extreme examples of what might go wrong at an interview – or even before the application gets that far – but don’t let them put you off. As we mentioned right at the start, most interviews pass by without incident – and if anything, some of the stories go to show that even if the interview doesn’t quite go according to plan, you can still get the job!

To instil a little more confidence in you, here are our top interview tips:

If you are looking for a role in property or fancy changing your career, then we’d love to hear from you. Alternatively, you’ll find plenty of job search advice on the site.