The UK’s private rented sector is growing. Data from the Office for National Statistics (ONS) shows that over the last 10 years, the number of privately rented households has increased an impressive 63 percent.

But we still need more houses. In London, the number of rental properties needs to double to keep up with demand – by 2025, 40 percent of London households will be privately rented, overtaking owner occupation as the most common form of housing.

Let’s take a look at what’s happening in the build-to-rent (BTR) or private rental sector (PRS) in more detail. 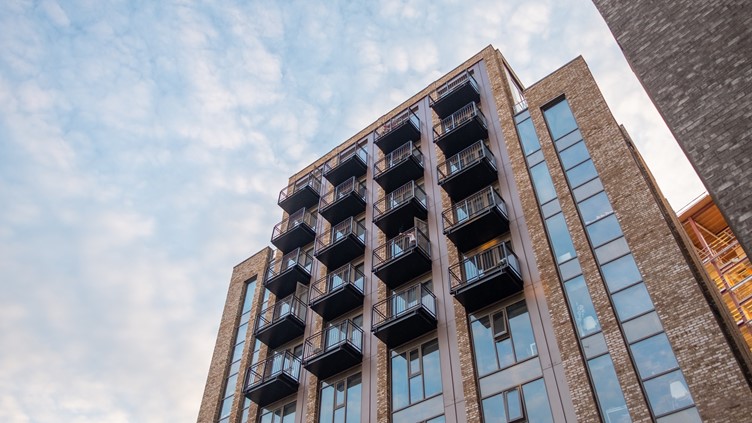 Legislation is driving the need for private rentals

‘Help to Buy’ is being wound down and will be withdrawn completely in 2023. It’s left a third of people currently living in rented accommodation believing that they’ll never be able to purchase their own home, instead forced to live permanently within the private rented sector.

Furthermore, with tax relief on mortgage interest being phased out by April 2020, people won’t be able to deduct any mortgage expenses from their rental income to reduce their tax bill. Couple this with a decline in available buy to let mortgages, then consider the 3% Stamp Duty surcharge on second homes, and suddenly the prospect of being a landlord becomes far less attractive.

BTR: A new breed of landlord

As the shine on buy to let begins to dim, it’s left the spotlight open for a new star in the private rented sector – build to rent (BTR).

Build-to-rent is about creating a lifestyle, not just somewhere for renters to rest their heads at night. It’s about building a community and constructing high-quality, purpose-built homes that are professionally managed.

There are many investors already active in this sector, including Goldman Sachs, Legal & General, M&G, Greystar and Aberdeen Standard. But it’s attracting alternative sources of capital – as a low-risk long-term investment, BTR is particularly appealing to pension funds.

We think build-to-rent is one of the most exciting developments to hit the UK property market in recent years. In just five years the pipeline has grown fivefold – last year, 150,000 BTR units were either completed or planned across the country. It’s anticipated that when the BTR market reaches maturity, it will be worth £543.6 billion (up from £9.6 billion today), providing homes for more than 1.7 million households.

Perhaps unsurprisingly, the Government is strongly in favour of BTR, lining it up to tackle the housing crisis, increase high-quality housing in the UK and attract overseas investment. In London, the Mayor’s Affordable Housing and Viability Supplementary Planning Guidance, includes a detailed section on BTR, placing it firmly in the capital’s housing priorities over the coming years.

Build-to-rent outside of London

To date, London has accounted for the lion’s share of UK BTR projects. However, spiralling costs in the City, coupled with strong market credentials elsewhere, are causing investors to look further afield.

Already, Manchester and Birmingham have received significant investment. But look at the data and you’ll discover that the most popular destinations to rent outside of London are Newport, Bristol, Leeds, Nottingham and Cambridge. These are strategic destinations – beautiful, thriving locations in their own right but with good transportation links across the country.

And then there’s Portsmouth. A city best known for its dockyards, naval and maritime history, the city’s property market seems to buck national trends. At a time when property values are decreasing – as much as 17 percent in London – Portsmouth has consistently risen year-on-year. In fact, rental prices are 4.29 percent higher, and property values 16.21 percent higher, than they were three years ago.

Given that much of the BTR focus has been on London-based projects, properties have rightly been targeted towards young professionals in the City. But with a third of the population becoming long-term renters, this demographic is shifting.

Recently, the proportion of people aged 35 to 44 choosing to live in BTR developments has increased significantly, from 16 to 25 percent. It’s driving the need for more suburban family homes outside of the busy city centres. As well as dictating the local amenities required, such as schools, nurseries and playgrounds.

On the flip side, the UK also has an ageing population – ONS figures show that in 50 years’ time, there will be an additional 8.6 million people aged 65 years and over. Again, this is going to drive the need for a different type of BTR development, from retirement villages to assisted living, with increased access to health facilities and a variety of leisure pursuits.

As one of the UK’s leading estate agency recruitment consultancies, we pride ourselves on delivering everything you need to be successful and part of the BTR movement. Take a look at our current build-to-rent jobs now.